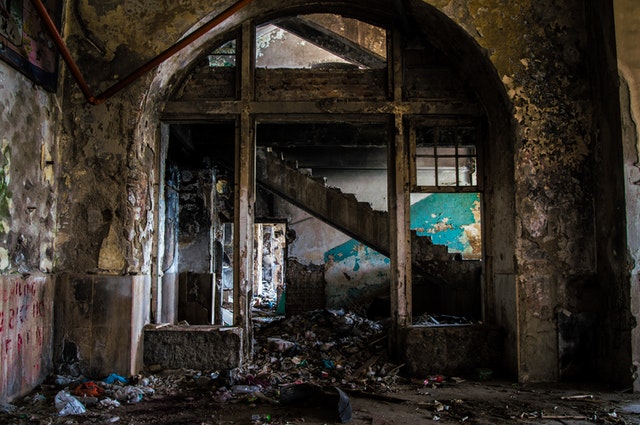 Abandoned places photography is a genre that has seen a recent spike in popularity. With the rise of social media and platforms like Instagram, more and more people are discovering the beauty in these old buildings that have been left to decay. Photography enthusiasts are capturing the photographs of these abandoned buildings with their own unique style-some with light, some dark, others vibrant.

These abandoned building photos may seem morbid or sad at first glance, but they can be inspiring as well; it’s an opportunity to appreciate the history behind each place while dreaming about what could come next for it. It’s also a chance to feel privileged enough to see things from a different perspective than most other people who pass by those buildings every day without even noticing them.

1. The history of abandoned places

Some people see these old buildings as depressing, but the story behind them can be fascinating and worthy of being told. People are curious about the stories that led to the abandonment of a place, whether it is an old factory or hotel where tons of workers or visitors were unaware that years later, they would be replaced by weeds growing up through the concrete floors. Such curiosity helps fuel interest in photographing these locations before they are gone forever due to refurbishments or other changes which erase all traces of their previous life.

2. Famous abandoned places in the world

Scattered around the world, there are hundreds of sites that have been abandoned by humans and left to nature. Some of these abandoned places were once bustling with people who used to bustle through the streets daily, but now they are simply gone. Perhaps their location was destroyed, or maybe their industry moved on after being replaced by better technology, but whatever the reason behind the abandonment, it’s a haunting thought to look at what remains today. When exploring abandoned places, you will encounter sights you could never have imagined would exist.

Some famous abandoned places are:

– Chernobyl, Ukraine, was the site of a devastating nuclear disaster in 1986. Following the accident, Chernobyl was evacuated and is now off-limits due to lingering radiation contamination. Pripyat in Ukraine is another infamous deserted town that can be viewed via boat or bus tour today. It was the location of the Chernobyl power plant workers until officials decided to evacuate everyone overnight in 1986 following the catastrophic meltdown. Now, this city remains frozen in time from that day, with possessions covered in dust and falling apart.

– Detroit is a city that has been hit hard by economic decline, causing an abandonment problem throughout the entire city instead of just isolated pockets to attract photographers. Now over 200,000 homes sit empty across the Motor City as its population continues to fall. Some city blocks have only a handful of occupied homes, while others are completely abandoned.

– The Fukushima nuclear power plant in Japan was crippled by a tsunami back in 2011, which caused a meltdown and several explosions at one of its reactors. Over 100,000 residents were immediately evacuated from the area surrounding this site, but it remains uninhabited today as radiation levels continue to be too high for people to return home safely

– Hashima island near Japan, once known for its coal mines, has been uninhabited since 1969, when all mining activity stopped. Humans eventually abandoned the entire island after being mined completely dry despite efforts to find more coal deposits years later. Today only concrete structures remain where homes used to be.

– San Zhi in Taiwan is an abandoned UFO house built-in 1978. There are 9 (some say 13) apartment complexes that were never completed when the project was shut down after workers’ comp claims by injured employees worried about their safety after experiencing strange events on site of the construction. Several UFO enthusiasts have since visited this place to record footage of being able to visit these unique structures.

The purpose of photographing abandoned sites is to capture details that stand out from the rest of the scenery surrounding these buildings. Many photographers use light painting or other special effects for this effect, some will even go inside unusual structures for shots they couldn’t get otherwise without being inside. There are all sorts of different approaches you can try when exploring this genre, here are a few techniques to get you started:

– Light painting involves using a flashlight or other light source as well as long exposure settings on your camera during the shoot. This can help illuminate details that wouldn’t normally be visible without this special effect, and it gives the scene an eerie feel to look at.

– Macro photography can be applied to abandoned buildings and sites by exploring small spaces and close-up elements of the scenery, which contrasts with large empty rooms and space around it.

– Panoramic shots tend to work best when you’re photographing abandoned buildings because there is often room for wide-open spaces where you can capture more than one structure all in one shot. It helps create a sense of expansiveness, like seeing the bigger picture.

– Unexpected angles can be achieved by climbing up high or making an elevated shot to show the “bigger” perspective of the whole-completely different than how it would appear through someone’s eyes at ground level.

– Anthropomorphic photos are where you try to create human shapes out of the buildings, using objects in a scene as if they were them. A common technique is placing a person’s head on top of a building for funny results.

While abandoned photography continues to be on the rise, the locations where photographers can go to capture these scenes are quickly disappearing as more and more buildings become abandoned with the economic downturn around the world. Keep checking back for new information on this constantly evolving genre of photography. 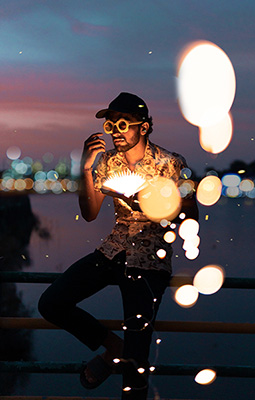